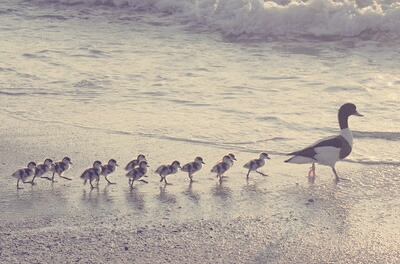 Sometimes yer ducks voluntarily line up in a row, creating magic for us all to behold!

The birth of the idea for ‘The Missing Sister’ was one such occasion for me.

Myself and the talent tsunami that is Lori Mclean wanted to work together on a show about older women, by older women, for ALL

We decided on five rules:

But more than that, we wanted to re-discover the story of the working class women hidden from HIStory – the forgotten sisters from round our way.

We each looked for tales we could connect to – stories that held deep roots in our own corners of the forest – we wanted to give a loud voice to our foremothers in Scotland & the North East of England.  This had to be personal – whether they were working women, mothers or grannies we wanted to take these women who’d grafted through the generations, on a national lap of honour.

This show had to remind its audience – our third character – of the nameless working class women from around their way – the lives they led, the grafting they did & the struggles they overcame!

As you would expect, we discovered countless stories about so many nameless women – and now we are ready to share them and are very excited to rehearse their show – a musical folk comedy which celebrates these strong, sharing, grafting, funny, courageous, talented women.

A ‘Canary Girl’ working in a TNT Factory (WWI) 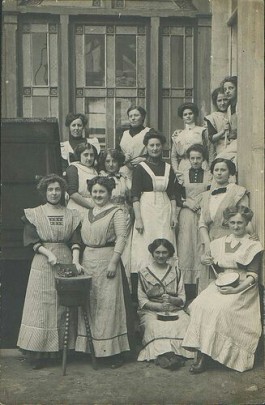 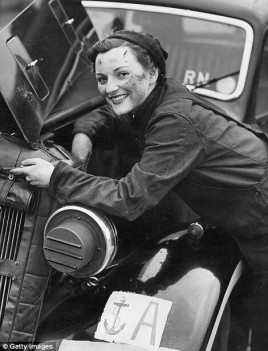 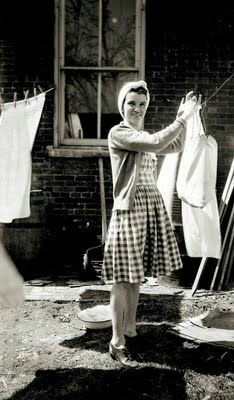 Fishwives on the shore

As you can see, the internet really came through once again and it has been, as ever, a brilliant source for photos which have inspired us as we have put the bones of our working script together.

These are just some of the hundreds of images that we found helpful on Pinterest!

A newspaper headline about the women of Greenham Common 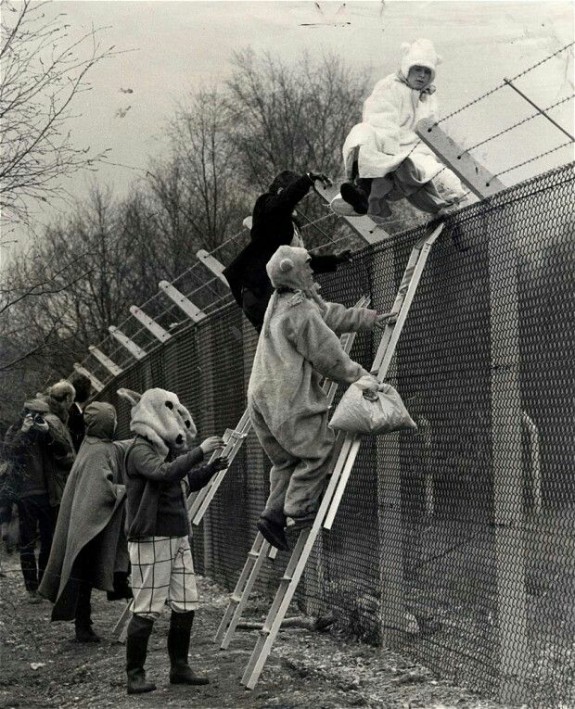 Women scaling the fence at Greenham Common – I don’t know what I love more here, the fact they they are breaking into a US military airbase to stop WMDs landing on our shores, by scaling the fence on a step ladder – yet there is nothing but a leap of faith to take on the other side OR the fact that they’re going over with their bags!  Bloody fantastic!

A message and a half!

Over the past year, The Missing sister has enjoyed some knockabout story-sharing weekends where we’ve developed ideas & messed about with our song lyrics.  It’s been an absolute blast and it’s also made us realise that we want our show to remain flexible to changes for its entire life!

In addition, we recently had our first ‘rehearsal’ – we haven’t applied for any funding yet because we are both really rubbish at all that money stuff. However, we are working on not being quite so rubbish anymore – particularly Lori who has put in some sterling graft by getting onto a professional development course in such matters, earlier this year, at Tron Theatre, Glasgow. I am very proud of her and to be working together with her on this show.

However, we are not going to allow a shortage of readies to cause us to falter when we’ve hurtled this far up the track!  Instead we remind ourselves about the likes of Joan Littlewood, who never let anything like a lack of ‘dosh’ get in her way – SO, we’re not going to let it stop us either! Arp!

So far, we have pooled our own resources to make things happen!  Recently, Lori won a weekend in a camper van and so off we went, for a few days of singing and playing and sharing. Northumberland welcomed us despite it all!

By now, we have our songs written and we are doing pop-up rehearsals whenever and wherever we can!  On causeways, beaches, harbours, back kitchens, disused warehouses…you name it we’ll pop-up in it and sing & play in it until we get moved on! 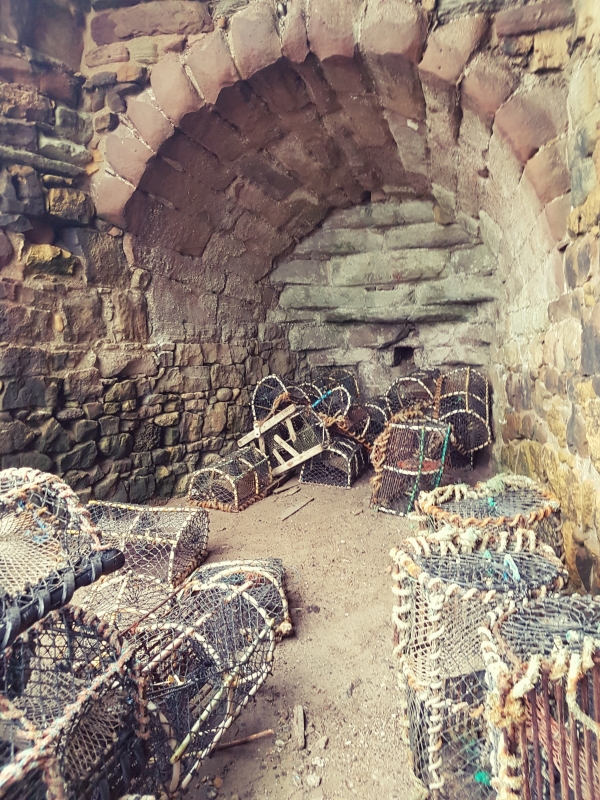 Beadnell Harbour saw us taking a run at our Fisherwomen songs! 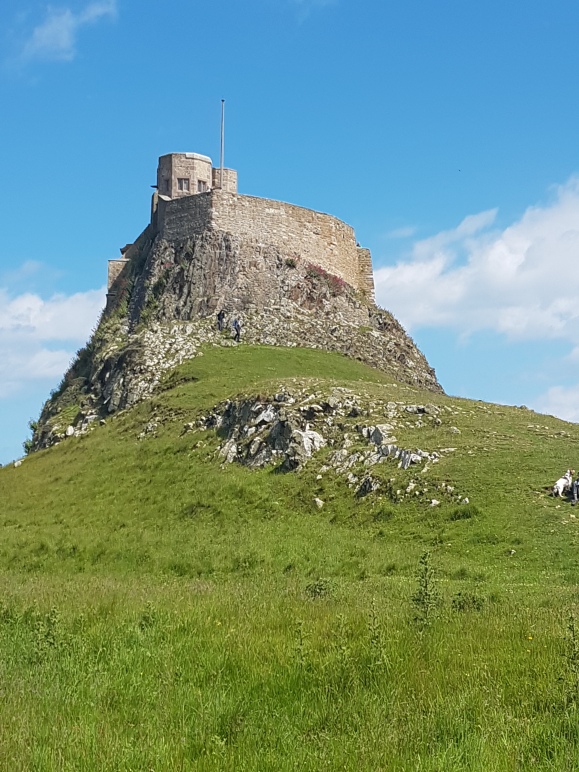 Holy Island set the backdrop for reflection on the wise women of the Hedgerows!

It’s been an inspiring and illuminating way of working.

The time has now come for us to rehearse in a proper space – and by a ‘proper space’ I mean four walls, a roof, a loo and hopefully a kettle for the occasional brew!

Towards a poor theatre doesn’t begin to cover the obstacles we’ve been facing!

But the sharing of these sisters stories is more important than all that old guff…and share them we shall!

This could be us!  Rehearsing on some steps near you!

This could be us! Singing and dancing in a car park near you!

So, What’s the Point?

The point is, we have a show ready to rehearse!

And not a pot to piss in.

Despite all that old pony, a year of research and sharing and playing and song writing has been completed and now, we know what have we got to do!

You can bet yer hat on that.

The Missing Sister is a celebratory folk comedy musical!

It invites you to join us and raise yer voice in song.

We live in hope that you’ll also share the tale of YOUR Grannies, Grannies, Granny with us afterwards too.  That’s our second act!  It’s ALL about you and yours.

Because, more likely than not, YOUR Grannyies Granny is one of the missing sisters – a grafter written out of HIStory!

So, let HERstory be known!

And let’s let all our Grannies voices ring!

Watch out for The Missing Sister!

But also, living in a community near you – through the ages!

4 thoughts on “The Missing Sister – The Story So Far…”